was born on the 21th of april in The Hague in the year 1974. His real name is Maurice. He began to prove himself in the 90s. He played records in clubs throughout the Randstad. In 1993 he became second in a Big DJ contest.

After the birth of his daughter, he thought it was time for a quieter period in his life. In 1999 he started over where he left off and he organized successful dance parties like Past2Present, Itmon and the famous Wake Up parties in Gouda and Utrecht. He also played in several clubs and international festivals such as Fusion in Germany. Maurice is not limited to fixed locations such as nightclubs. He also organizes spectacular dance and lounge parties on the beach and in the woods.

Maurice currently puts his organizational skills and music knowledge into a festival @ Gouda starting spring 2018. He provides new and existing talent the opportunity to be heard.

Maurice is really an all-rounder, but his true passion lies in Housemusic and  producing tracks. Everything you can dance to, Maurice merges into a perfect package. He improvises and is guided by the public. Every party reaches a maximum level with his Club Techno, Break Beat and Teckhouse. Then he is completely in his element. Let’s be brief……………YOU WANT A GREAT PARTY? 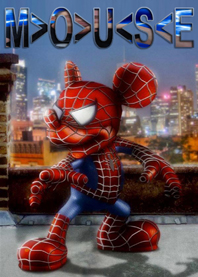